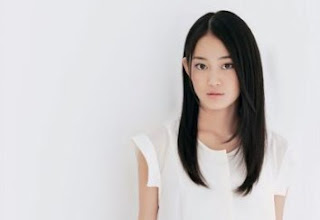 X21 have lost 3 of their members, yes it's three. Yoshimoto Miyu, Izukawa Miho and Onishi Aguri announces their graduation from the group.

Miyu Yoshimoto who often appeared in Japanese Drama will be out of the group due to her solo career. Those members announce their graduation during the regular concert at AKIBA Cultures Theater on March, 30th.

Onishi Aguri and Izukawa Miho will officially out of the group after carrying out X21's 2nd Album release event titled 'Beautiful X' at Premiere Yokohama on April, 16th.

Meanwhile, Yoshimoto Miyu will be out after X21 released their 10th single this summer, which is the last single song to her for participate with the group.

"The time that I have spent with X21 is precious. Affection of my fans, staff, members, family and friends made me grow up so far. Thank you very much everyone." says Izukawa Miho on her Twitter account.